After my crayon incident, I had 64 lip balm tubes left over.  What to do with them.... Well, my sister is a beekeeper who happens to have LOTS of nice beeswax and honey.  What more is needed to make some nice lip balm?  She came over to hang out with Ally on Friday and when I got home from work we whipped up a batch to see how it worked.  At first we did 4 T wax, 2 T coconut oil, 1 tsp honey.  That was WAY too waxy and pretty much ripped her lip off when she tried it out.  Then we did equal parts wax and oil and added another T honey.  That was better but NOT quite what we wanted.  We added 2 T more oil and it was pretty much perfect.  It's in the testing stage at the moment and if it works out, we'll make more.  It would be really cool if she could sell some along with her honey at the Alden Lane Nursery in Livermore! 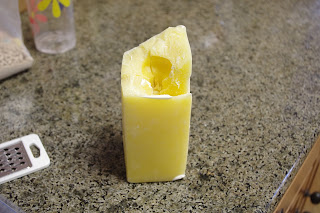 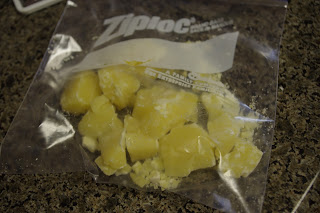 Smashed with a pick axe head that was laying out on the back porch.
Too lazy to go find a hammer and screwdriver. 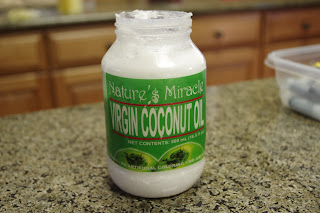 This stuff smells AMAZING!  I thought there would be a coconut flavor, but alas, there isn't. 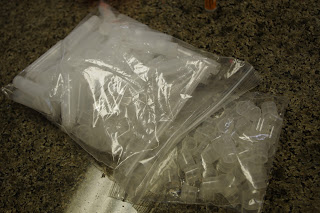 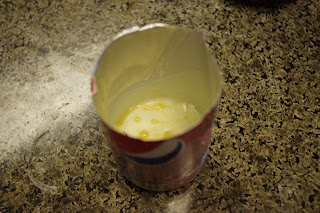 What to use to melt stuff in?  Why a washed out hacked up soda can, duh! 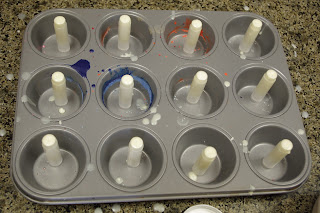 Yes, this is the same pan from my crayon incident.  Why ruin another right?  The lip balm is all poured and setting up nicely.  It's hard to let it sit.  I just wanted to try it out!  I hate waiting! 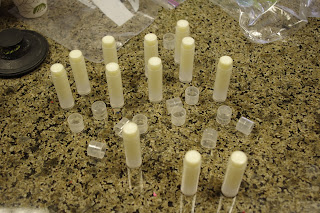 All cleaned up and ready for caps.


I think it turned out pretty nice.  Going to give it a try for a week or so.
Maybe a bit more coconut oil.  Maybe some essential oil.  Not sure.
It is good and I don't worry about Ally getting a hold of it and chomping it down.
Posted By Seaexplore at 10:00 AM