Wine, the Park, and Family

Today we went to the Thomas Coyne winery for their Spring Open house.  You get to bottle your own wine, for $6.50 if you bring your own bottles and $7 if you need to use theirs, at this event.  Last year the wine was pretty darn good (according to hubby, since I don't like wine).  This year?  Not so much.  My mom says she planning to mix it with port to help the flavor.  Hubby says he's going to use it to cook and let some of it age.  We have TWELVE bottles of the stuff!  I think we may skip the bottling next year and just do something with the family that weekend. 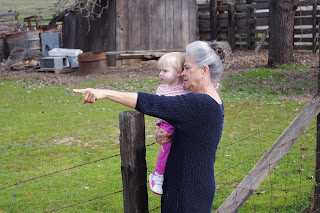 Nana & Ally checking out the llamas 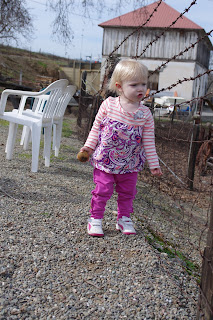 Ally and her oak gall 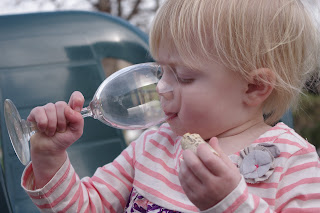 Ally washing her cork down with my empty wine glass 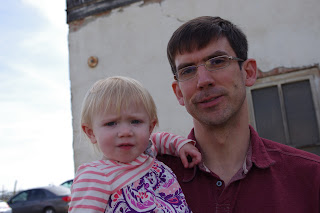 After we bottled wine, my sister and her hubby and my hubby and me and Ally headed over to a park that my sister and I spent TONS of hours at as a kid.  Over the years it's been pretty run down.  Play structures were removed.  The park got kinda trashy.  Well, a friend posted a picture on FB of this great new play structure.  When I saw it, I knew we HAD to take Ally.  It reminded me of the park when we were little.  Not quite as awesome as ours but it was pretty sweet looking.  EVERYONE had fun!  Even the adults!  :) 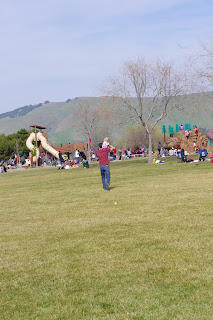 Running to the park with Uncle Tim 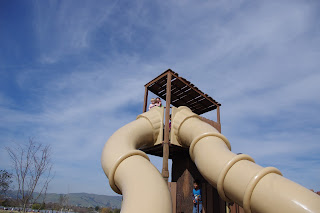 Ally and me at the VERY top of the slide 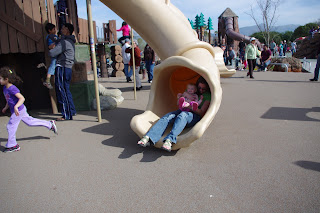 Ally and me at the bottom of the slide 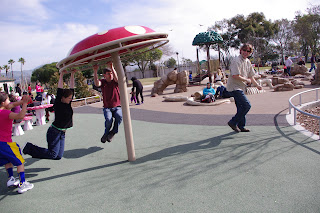 The spinny thing that the adults LOVED.  It went REALLY fast with both the guys on it.
Kids SWARMED to it when they were on it since it was spinning so quickly! 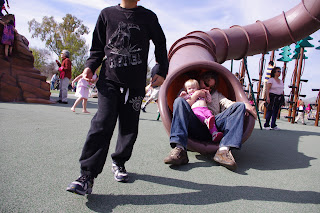 Daddy and Ally on one of the BIG slides 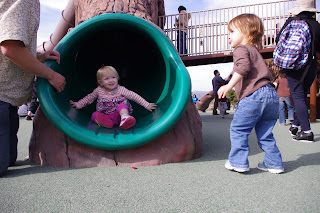 Ally came down this one on her own 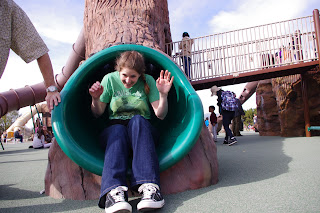 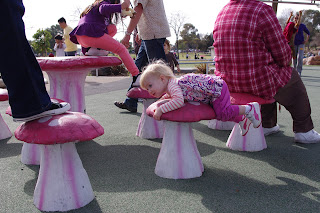 Toad stools are fun to climb on 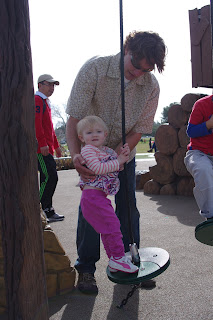 This thing was fun too 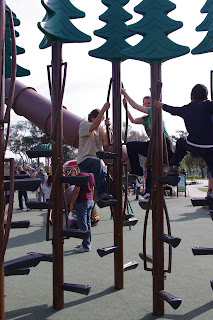 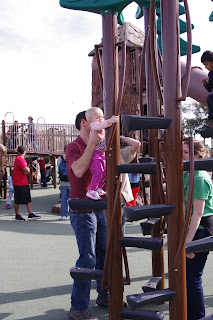 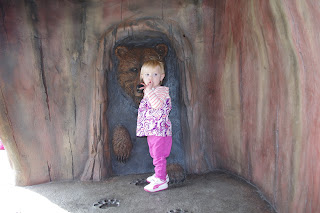 A bear inside the tree! 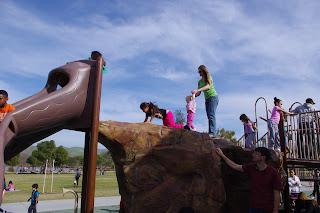 Crossing a scary high land bridge to get to a slide 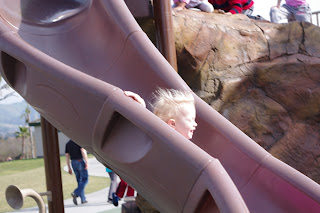 This slide is FAST! 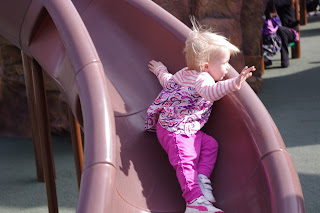 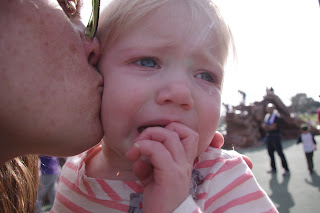 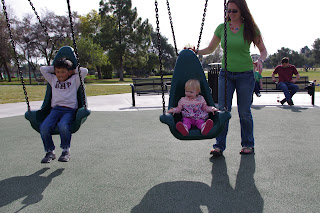 A ride in a handicapped swing makes it all better 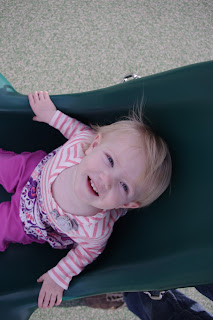 Smiles before we left.  Can't leave in tears.

After the park, we went to my parents for late lunch/early dinner.  My dad has an old barber's chair that the kids like to play on. 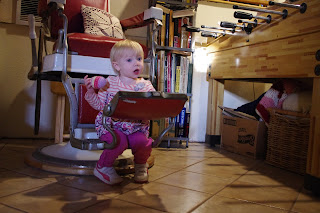 They also have a chinchilla (which I am allergic to or we would have him here) that the kids like to give dried apples to. 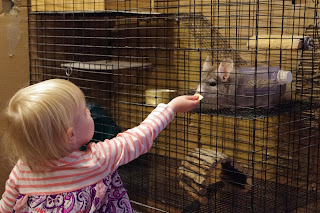 Ally was one TIRED girl by the end of the day.  She took a MAYBE 20 minute nap between the winery and the park and that's it.  All in all an awesome day.